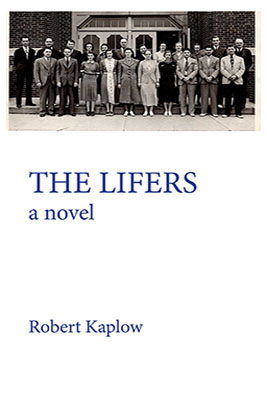 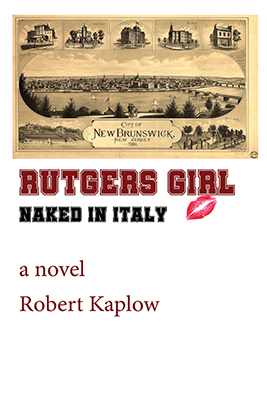 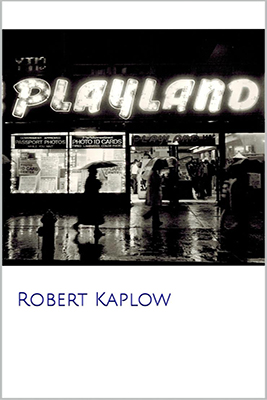 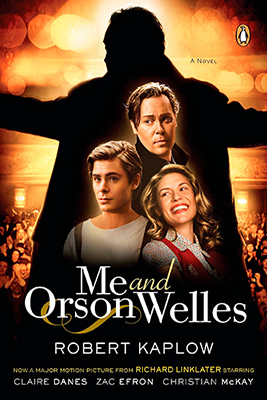 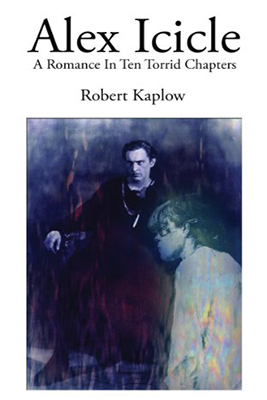 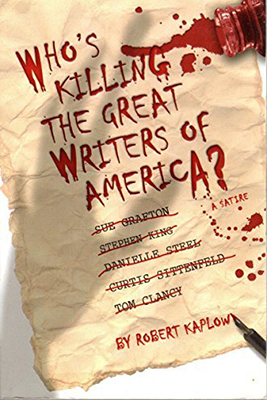 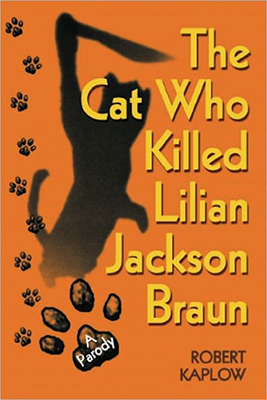 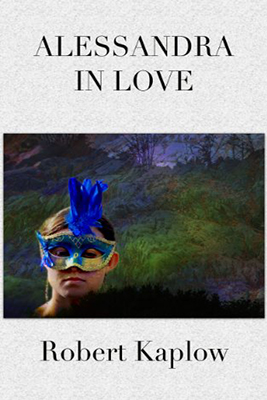 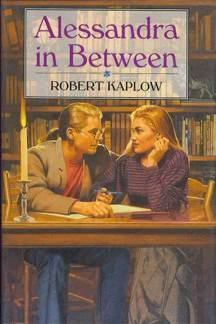 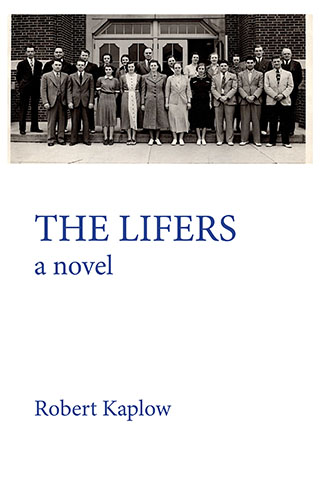 I’m not sure whether this story is a tragedy or a comedy. It begins in a cemetery; it ends at a graduation. Someone will die—angry and alone; someone will grieve—also alone. At least two characters will fall in love, and nearly all of them will find something to laugh about. It would be pleasant to perceive this story as a journey out of grief towards some wider, welcoming place, but that remains to be seen. If anything approaching wisdom arises from this tale, maybe it’s simply the gratitude that sometimes friendship can serve as a lifeline to pull us back to shore—to save us.

The NPR humorist and award-winning author of Me and Orson Welles returns to fiction with The Lifers: the funny/sad story of a decades-long male friendship. The Lifers chronicles a year in the lives of two friends in their late thirties, Kenneth and Marty. Before the year is over both men will go through a firestorm of emotions—and both will survive with their sense of humor and sense of self still intact. Kenneth is a teacher of English looking for meaning in the face of overwhelming loss. Marty is an administrator trying to navigate a collapsing marriage and a political coup right out of The Caine Mutiny.

In a voice that’s wickedly funny and sometimes heartbreaking, The Lifers is a celebration of friendship that’s filled with characters finally learning to reconcile themselves to change, death, and the possibility of beauty. 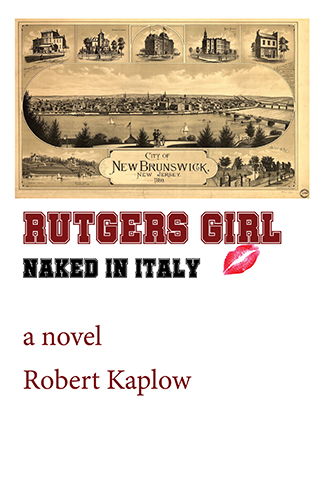 Here’s what I remember from my freshman year at Rutgers. I had an affair with an older man. I had an affair with a younger man. I sang the song “Moon River” at the grave of the man who wrote it. I visited a magnificent church in Venice and promptly threw up on the floor. And I realized that my friends, whom I’d always thought of as the minor characters in my story, were, in fact, the major characters.

It was 2007. It was a different world. I was 19 years old, and since most of this tale is drawn from the two journals I kept that year, I would prefer to let that girl tell the story. I am pleased to report that I survived that woebegone year with my sense of humor largely intact, but when I read over my story now it strikes me that I spent much of my freshman year at Rutgers living entirely in dreamland.

And then I finally woke up.

Drugs! Sex! Travel! Betrayal! None of these matters very much in Rutgers Girl: Naked in Italy. This new romantic comedy by the NPR humorist and award-winning author of Me and Orson Welles is the first-person journal of a 19 year-old Rutgers freshman who manages to navigate a tempestuous first year of college while maintaining her humor and her heart. And, OK, she does run headlong into drugs, sex, travel, and betrayal…but her story is far more engaging than that because what we’re really witnessing is an extremely self-aware young woman in the process of inventing herself—right in front of our eyes.

Praise for the work of Robert Kaplow: 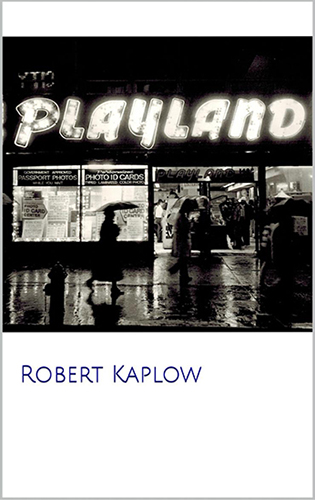 The award-winning author of Me and Orson Welles has written a new novel set against the lost world of New York City in the summer and fall of 1972. Playland: A Slightly Subversive Love Story chronicles what it feels like when a first love ends.

David and Stacey are intelligent, ambitious, acerbic high-school seniors—wise beyond their years—who decide to live together in New York City rather than attend college as their friends and families expect, and we follow their struggle to hang on to their humor and passion as they attempt to make a mark on the world.

Playland: A Slightly Subversive Love Story is a closely-observed character study—a vivid snapshot of a lost moment in time. In the end, both David and Stacey survive, and, on their own unsentimental terms, even triumph. 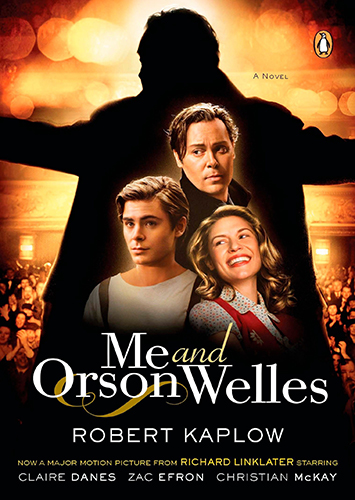 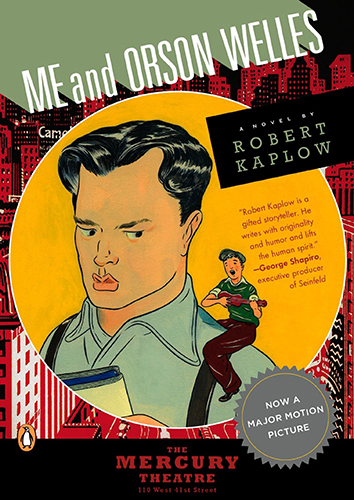 Me And Orson Welles

An irresistible romantic farce that reads like a Who’s Who of the classic American theater, Me and Orson Welles is set during the launch of the then twenty-two-year-old Orson Welles’ debut production of Julius Caesar at the Mercury Theatre on Broadway. Beautifully translated to screen by Richard Linklater, the film stars Zac Efron as Richard Samuels, a stage-struck seventeen-year-old from New Jersey who wanders onto the set and accidentally gets cast in the show, forever changing his life as he becomes caught in a vortex of celebrity, ego, art, and love.

One of the best depictions of male adolescent yearning ever to hit the page…Joyful and alive, crackling with wonder.
—Kirkus Reviews, Starred Review

If you want to take a trip back to New York in the 1930s, when Orson Welles was setting the theater world on its ear, get a hold of Robert Kaplow’s Me and Orson Welles. What a wonderful evocation of that period. A total joy.
—Edward Sorel, author/illustrator, Profusely Illustrated

Richard, in the span of 260 breezy pages, falls in love, has his heart broken, sees his showbiz dreams crushed, and—beautifully, almost imperceptibly—becomes a man.
—Entertainment Weekly 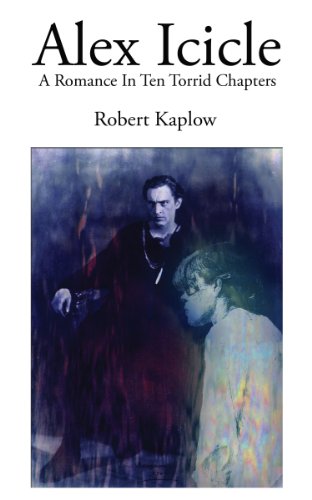 Has any boy ever loved a girl the way Alex loves Amy? Has there ever been a passion so intense, so ludicrous, so heartbreaking, so funny? Alex is fourteen years old. He’s a sort of literary genius (or so he would like us to believe.) But when he falls under the spell of the thrillingly beautiful and elusive Amy Hart, his world falls to pieces. And she’s moving to California in 26 days! He has got to tell her. He has got to tell her how he feels about her Indian moccasins…her striped socks…her self-mocking smile…the shape of her strong shoulders; the paleness of her face; the petulance of her lower lip; the way her hair falls against her cheek.…

Still the funniest adolescent novel around a spoof of books and styles, all without a moment’s condescension.
—Literature for Today’s Young Adults
Deftly imitating the self-conscious vulgarities that callow youth affect to prove their worldliness, Kaplow has written a ribald comedy.
—Publishers Weekly
This offbeat book is just plain fun. Parts are so “gross” as to break all canons of good taste with adolescent glee.
—English Journal 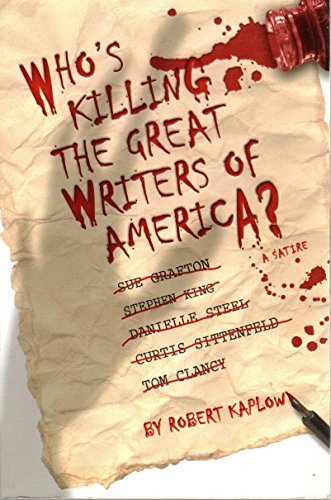 What do bestselling writers Sue Grafton, Danielle Steel, Curtis Sittenfeld (“Prep”) and Tom Clancy all have in common? They’ve all been murdered in a manner both gruesome and appropriate to their style. An extremely paranoid Steven King is convinced that he will be the next victim, and so he must leave his heavily-barricaded fortress in Bangor, Maine, to discover Who’s Killing the Great Writers of America? This hilarious send-up of the world of publishing by the author of Me and Orson Welles and The Cat Who Killed Lilian Jackson Braun takes us from Venice to Paris to Maine and offers cameo appearances by Steve Martin, Gerard Depardieu, plus a few surprises.

Funny. Irreverent. Fast-paced. Parody at its best. Kaplow’s clever spoof will please everyone but its victims.
—Library Journal 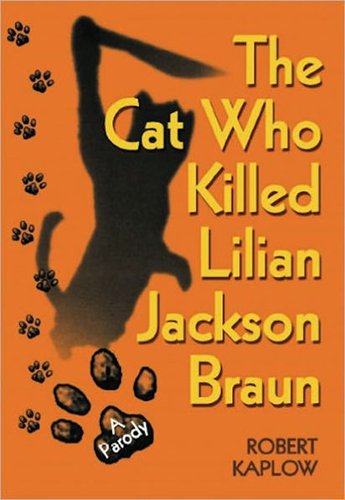 America’s most beloved writer, Lilian Jackson Braun, author of twenty-four Cat Who… mysteries is now the subject of a mystery herself. In this spoof by one of her most ardent admirers, her beheaded body has been discovered in the men’s room of a gay bar in Lower Manhattan. The police are baffled, and so it is up to Braun’s eccentric writer friend, James Q. (Qafka), and his Siamese cats Ying-Ton and Poon-Tang to solve the ghastly mystery. Q.’s quest leads him on a hilarious, ribald chase that’s a cross between a story by Lenny Bruce and Dashiell Hammett. Before it’s done we’ve encountered Pulitzer Prize-winning Philip Roth, a sex-starved suburban housewife, a mysterious Hollywood diary, Britney Spears, an ancient secret society, and two gifted cats whose trail of urine and hairballs leads Q. and his spunky undergraduate assistant to finally unravel the riddle of The Cat Who Killed Lilian Jackson Braun.

In this wildly funny, biting satire…the zingers come quickly…the copious puns range from the simple to the elaborate…the reading public may read and roar.
—Publishers Weekly
Outrageous, outlandish, and laugh-out-loud funny.
—The Globe and Mail

Alessandra is hopelessly in love, and this time it’s for real. When tall, dark, and handsome Wyn Reed walks into orchestra class for the first time, Alessandra’s heart stands up and sings the Hallelujah Chorus. Wyn is a talented cellist with ambitions to get a scholarship to Juilliard. He’s everything Alessandra’s romantic imagination could hope for, and best of all, he likes her! Now the problem for Alessandra is Wyn’s other friend, Debbie. Wyn says Debbie is just an old friend—and ex-girlfriend to be exact—but he still seems to be involved with her. What does that mean for Alessandra’s friendship with Wyn? How does Wyn feel about Alessandra, and how far does she have to go to find out? Is Alessandra really in love? The story of Alessandra’s first romance is sometimes funny, sometimes painful, but never ordinary. Considering Alessandra’s unique combination of shyness, creativity, and outrageous sense of humor, it’s bound to be an unusual story—and one that only Alessandra can tell.

Kaplow has teenage-girl angst down pat. The characters are quirky, funny, and eminently themselves. The story rings with true—and rings with laughter.
—ALA Booklist, (starred review)
What teenaged girl hasn’t gotten hung up on a boy who doesn’t return her feelings? Kaplow presents the story of such a girl in ebullient terms that every reader will empathize with. With endearing good humor, Kaplow gets inside his protagonist’s mind and makes some telling points about boy-girl relations and the value of true friends.
—Publishers Weekly 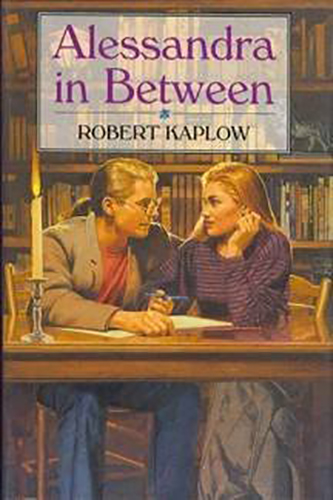 I am well. I am well. There’s this guy I’m seeing about my sleeplessness, and that’s part of the treatment. I’m supposed to say “I am well” fifty times a day. The problem is that I get bored, and I start repunctuating the sentence: “I am…well…a jerk.” Isn’t life embarrassing when you’re chronologically seventeen and mentally eleven?

Alessandra thinks she’s probably the first seventeen-year-old to be suffering from mid-life crisis. Everything is changing. Her grandfather is in the hospital, college is looming on the horizon, and her best friend, Melissa, is dating the best-looking guy on the face of the earth. The only guys who ask Alessandra out on dates are jerks or psychopaths. Melissa insists it isn’t adolescent menopause that’s getting Alessandra down. It’s the lack of major boyfriend material. So when Terrence, the blond, blue-eyed star writer of the junior class, joins the staff of the school magazine, Alessandra knows this is the guy. Now all she has to do is convince him that she’s the girl. Robert Kaplow’s insightful, funny sequel to Alessandra in Love captures all the hilarious, and sometimes painful, ups and downs of going to high school. 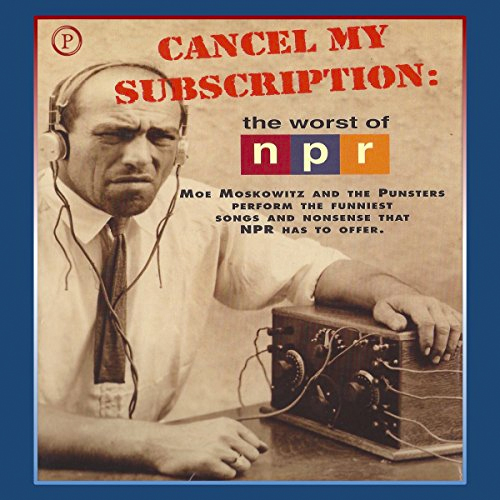 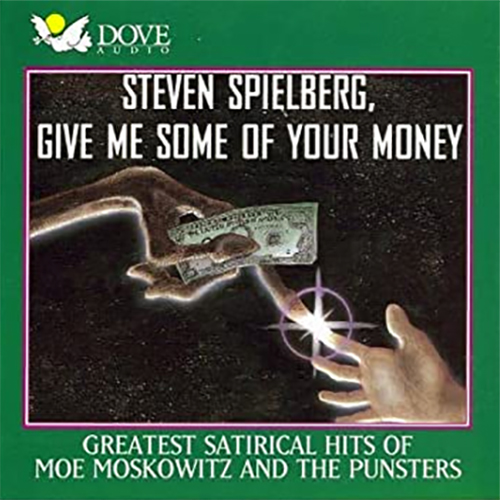